The SteppIR Theory of Operations: How It Works

At SteppIR we believe it is important to help educate the industry on how our SteppIR antennas work. We are a product of our innovation and patented technology that delivers a superior antenna experience. Fundamentally, the length of a SteppIR antenna is controlled by a microprocessor that has lookup tables which contain computer-modeled antennas that have been range tested for optimum performance. For more detailed insight, see below!

The SteppIR antennas length are controlled by a microprocessor that has lookup tables which contain computer-modeled antennas that have been range tested for optimum performance. The microprocessor looks up the length in the table for each element and converts it into motor “steps”. Because it takes 200 steps for the motor to complete one revolution, the fidelity of control is extremely precise.  The microprocessor sends the motor instructions on the number of steps to execute to an integrated circuit motor controller (one for each element). This allows all the elements to change length simultaneously at a rate of 1.33 feet per second, thus speeding up frequency changes.

The antennas were modeled for every 250 KHz throughout the antenna frequency range and in-between those points the microprocessor extrapolates new values until the next 250 KHz segment is reached. Our team discovered that this is more than adequate spacing to ensure that the changing electrical boom length is insignificant.  When the 180-degree mode is selected an entirely new antenna model is used because the element spacing is now different.  The four element uses two reflectors in the 180-degree mode to create a better antenna than was possible by just using three elements in this mode.

In the bi-directional mode, we create two directors on either side of the driven element. This results in a beam with gain out both ends. The desired antenna impedance is a little harder to keep at the desired 22 ohms, so we often find VSWRs are sometimes higher in bi-directional mode (in some cases as high as 1.5 – 1.8:1).

SteppIR antennas operate much like typical hard disk drives do:  they both are open loop systems. In both instances, instead of trying to design a sensing system to tell you where the read head or element is (which is quite difficult in both cases) you simply start at a known home position and use a stepper motor (or servo) that – by its nature – has perfect positional accuracy. The only thing that will get the stepper motor and microprocessor out-of-sync or misaligned is an unexpected power loss or a mechanical blockage/failure. To alleviate some of these issues, SteppIR antennas have a calibrate mode that will fix any out-of-sync condition by assuming it has no idea how much copper element is extended and then retracting long enough to ensure the full length of copper beryllium tape that is in each element is brought to the home position. If less than the full length was extended the motor simply stalls (at half power) until the cycle is complete. The microprocessor then knows all elements are “home” and proceeds to extend the elements to the frequency the controller was set to when the calibrate cycle was initiated.

When the motor is unable to advance or drive “steps” due to being physically stopped (such as during a calibrate routine like described above) it makes a rough “growling” sound as opposed to a smooth whirring during normal operation.  Stepper motors must be ramped up rather slowly to ensure they do not miss steps and get out of sequence with the microprocessor. This is the reason you will hear a definite clicking at the start and end of a motor running. This is normal. The sound made by the stepper motor can be very useful in troubleshooting problems so try and pay attention to the different sounds and learn to identify normal operation and stalling.

Privacy Policy | Terms of Service | Disclaimer | EULA | Sitemap
© SteppIR. All rights reserved.
Gone for Hamvention!We are out of the office for Dayton's annual Hamvention. Come see us at the booth! 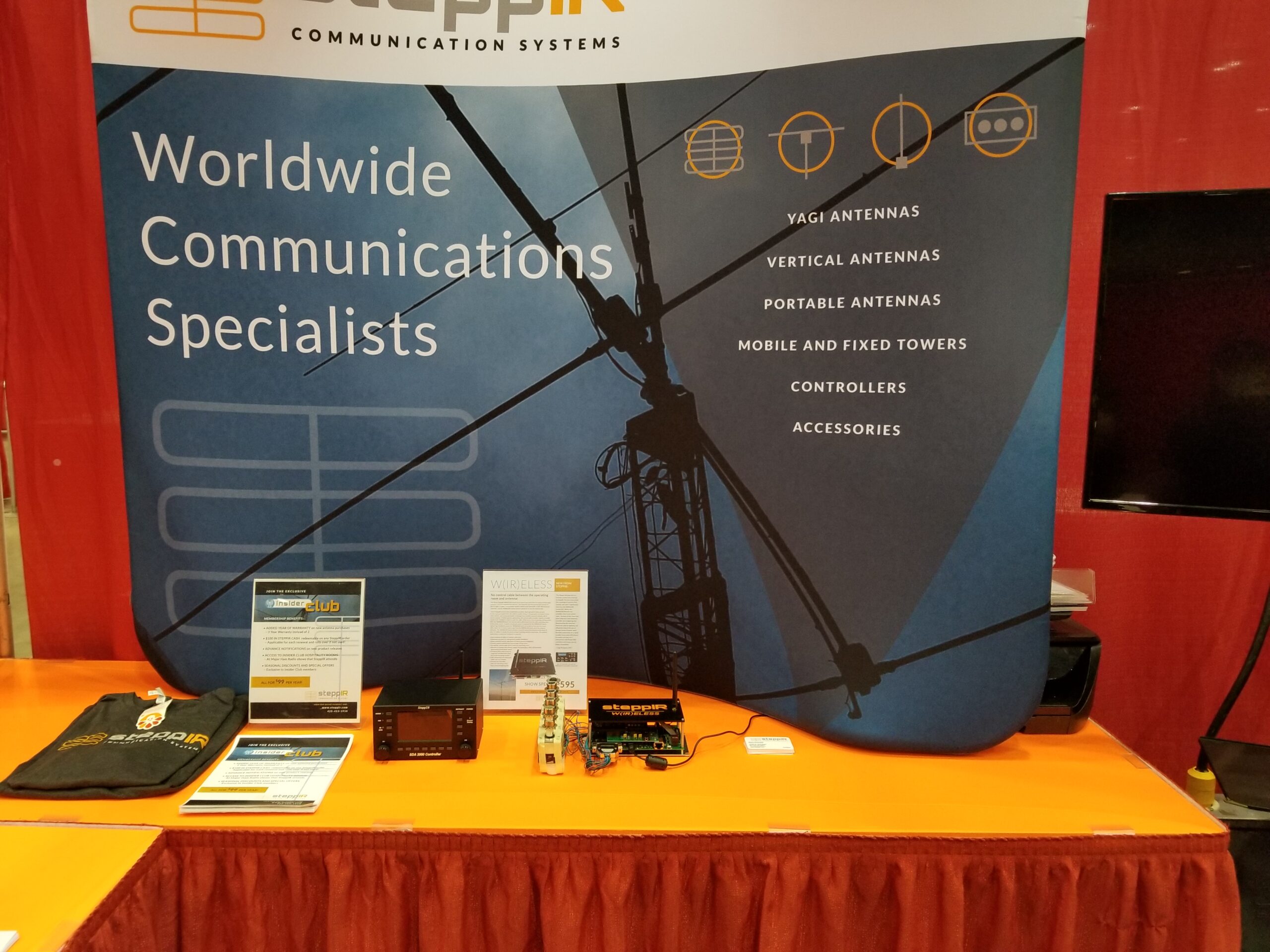 Our sales and engineering team are out of the office this week for Dayton's annual Hamvention! We will be answering calls and emails remotely as best as we can and might not be getting back to you until the week of May 23rd. 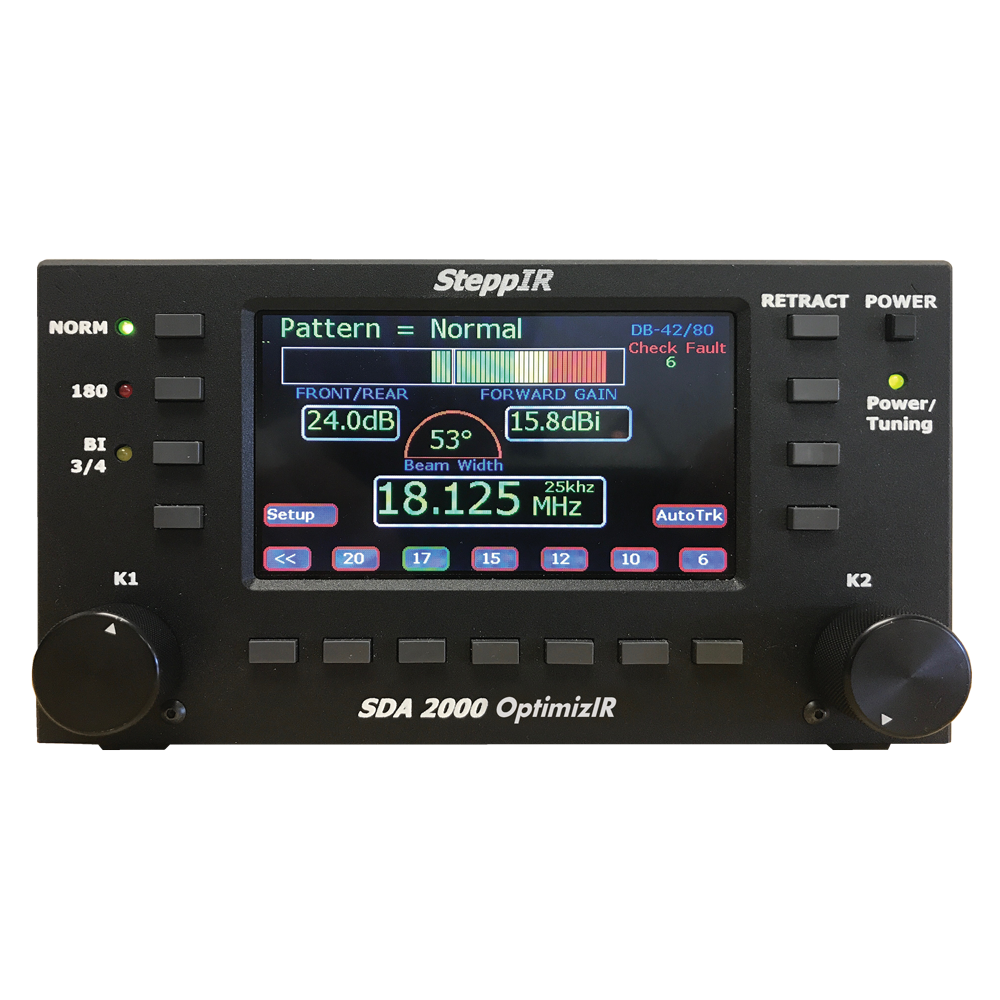 We now have all the parts for the electronic controllers in-house, and we anticipate rapidly catching up to our backlog. This will also have a significant effect towards reducing our lead-times for new orders.

We have had many challenges at SteppIR during these unprecedented times, and we are a very proud company as we emerge stronger than ever - we could not be in the position we are without you, our fantastic customers.

See you at Hamvention!