The SteppIR two element Yagi draws on the laws of physics – when placing a parasitic element very close to a driven element, approximately .1 wavelength or less, the Yagi will achieve gain performance that is quite high for a 2 element Yagi and is more like the performance you would normally expect from a 3 element Yagi.  There would normally be a caveat to this, at least with a fixed length aluminum Yagi – the antenna would have greatly limited bandwidth, roughly 120 Khz!  This would be a highly impractical design since traditional fixed length aluminum Yagis are single-frequency devices – the bandwidth is very narrow unless you use traps, interlacing or simply add more elements in order to “trick” the radio into thinking it is resonant.

In the case of a SteppIR Yagi, our antennas adjust to the exact length required at any given frequency.  In other words, the signal is NOT degrading – the characteristics of the antenna change as you adjust through the bands due to spacing of the elements.  What does this mean?  As it turns out the laws of physics and the allocation of ham bands collide to help us out.  When the Yagi is on 20m, there are two nicely spaced elements and there is gain of 6.6 dBi free space, and front-to-rear ratio of 21dB.  As the antenna is tuned towards 10m, the spacing gets wider so the characteristics of the Yagi change – gain stays steady, and front-to-rear is reduced – on 10m, gain is 6.2 dBi but front-to-rear is reduced to 9 dB.

On 20m the band conditions are busy – the band is crowded, there is a ton of noise and that is where good gain is important, but front-to-rear is REALLY important.  On 10m, the band is large, quiet and generally the goal is to transmit long distances, so great gain is more important than front-to-rear signal rejection.  As an aside, you will find when a 3rd element is added to a Yagi, that the gain actually goes UP when tuning from 20m to 10m but on a 2E Yagi the gain does not change significantly throughout the frequency range.

At SteppIR we measure our gain figures in dBi free space, it is the most realistic and objective performance evaluation for an antenna.  Many of our competitors use dBd over ground for their specifications, which is fine except that the height over ground can be manipulated to make the gain figures look better than they really are.  For the same reason, we use Front-to-Rear measurements for our Yagi instead of front-to-back, because when measuring front-to-back, the “back” ratio of the antenna model can be theoretically anywhere behind the front, meaning the very best performance scenario can be taken even if it is not practical in actual performance.  With front-to-rear, we are taking the worst-case scenario every time – directly 180 degrees behind the frontal lobe of the antenna.

With the 57” (1.45m) boom and telescoping support poles, this is an extremely portable package.  The telescoping poles when extended are 36 feet (10.97m) overall length, 18 feet (5.48m) per side.  These poles remain extended while the actual antenna – copper strip on the inside of the telescoping poles – adjusts to the exact length required.

The turning radius is 18.2 feet (5.53m), weight 30 lb. (13.6kg) and wind load is 4.0 sq. ft. (0.37 sq. m).  Because of its small size and profile, this antenna can be easily mounted on a medium-duty mast and rotated with a light to medium weight rotator product, and for portable operation can be erected in a very short period of time, especially after initial assembly!

The 2 element Yagi with 40/30 loop is powered using SteppIR motors, which are given commands by and electronic controller.  There are two controller types, the standard SDA 100 electronic controller which is included in the purchase price, or the optional SDA 2000 OptimizIR.  Each of these controller models feature numerous functions, but the most popular are:

000712-ALP 2 Element 20m-6m Yagi includes the basic controller as well as PN 40-1220-343 Advanced Lightning Protection (protects the driver board of the controller by having sensitive relays in front of each driver chip, in the event of a lightning or near lightning event or even a dead short, the relays trip to protect the controller.  It also allows you to have advanced troubleshooting support).  Note that on a dead short situation, the antenna must not be in the process of tuning, in order to be protected.

The second version of the 2 element 20m-6m Yagi we offer is the 00712-PRO, and the key difference here is that instead of the SDA 100 Controller, the SDA 2000 OptimizIR is included. The OptimizIR is our top of the line controller, and includes as standard equipment all three of the options you would normally need to purchase with the SDA 100 (a transceiver interface, tuning relay, and advanced lightning protection). The OptimizIR also offers a larger, full-color display and enhanced GUI. The main upgrade however, is that the OptimizIR has the capability for the user to create antenna models. Using EZNEC, Auto-EZ or other antenna modeling software on your computer, you can then download them to the OptimizIR for use on any and all bands. In addition, some cool antennas (Max gain, max f/r, and wide-angle) come stock on the OptimizIR for use straight away, and are viewable on a full color “power band” so it is easy and intuitive to visually determine the gain/FR weighting on the antenna model.  Lastly, we plan on introducing an option for a Power/SWR meter, and all the OptimizIR’s that are shipping now have the “hooks” in them for purchasing that option, when available.

PN 06002 6m Passive Element; The two element Yagi has a functional 6M antenna on it but since the spacing is a bit wide, the gain is good but the front to rear is poor, making it essentially a high-gain dipole. By adding the 6M passive element kit option, the Yagi then has three nicely spaced elements on 6m and both the gain and front to rear are solid.

PN 01324 Remote driver board; The remote driver board allows the user to run control cable from the antenna to the bottom of the tower, and then run cat 5 cable up to 900 feet away.  It is designed specifically for towers that are long distances from the operating location.  In the event this option is purchased, the advanced lightning module is included as part of the module, which is then mounted at or near the base of the tower. Therefore, the controller in use has minimal risk of being seriously damaged. Note that when ordering the remote driver board option, the user will be required to purchase a housing for it, if desired. Many people mount the bare board (an aluminum mounting plate is included with this purchase) inside a building.

PN 09607 High Wind Kit; An option that is available for users that operate from high-wind areas, the High Wind Kit for the 2E Yagi with 40/30 Loop is similar to our system we use for the DB series antennas – we replace the standard U-bolts with solid aluminum saddles for both the boom, and the mast.  These saddles also have a set screw, for significantly better gripping force. The existing mast plate is replaced with a double thickness two-piece mast plate. 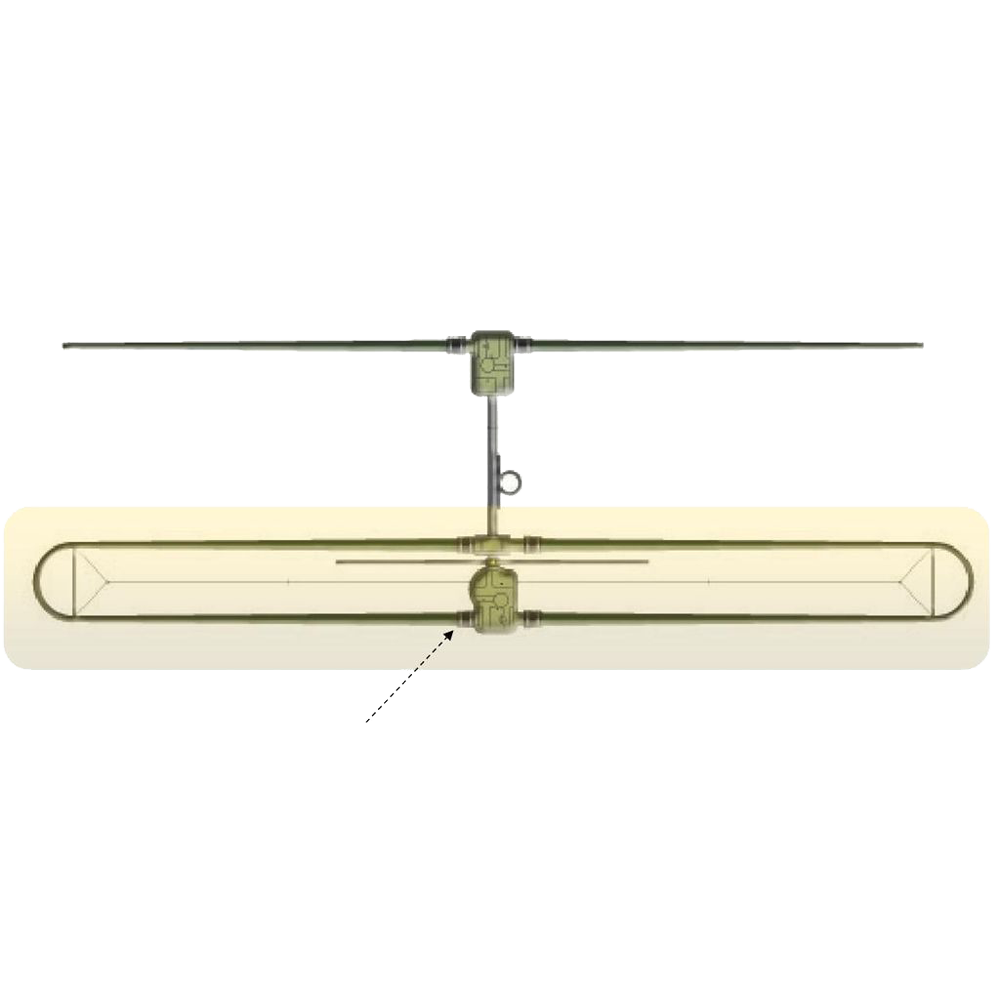 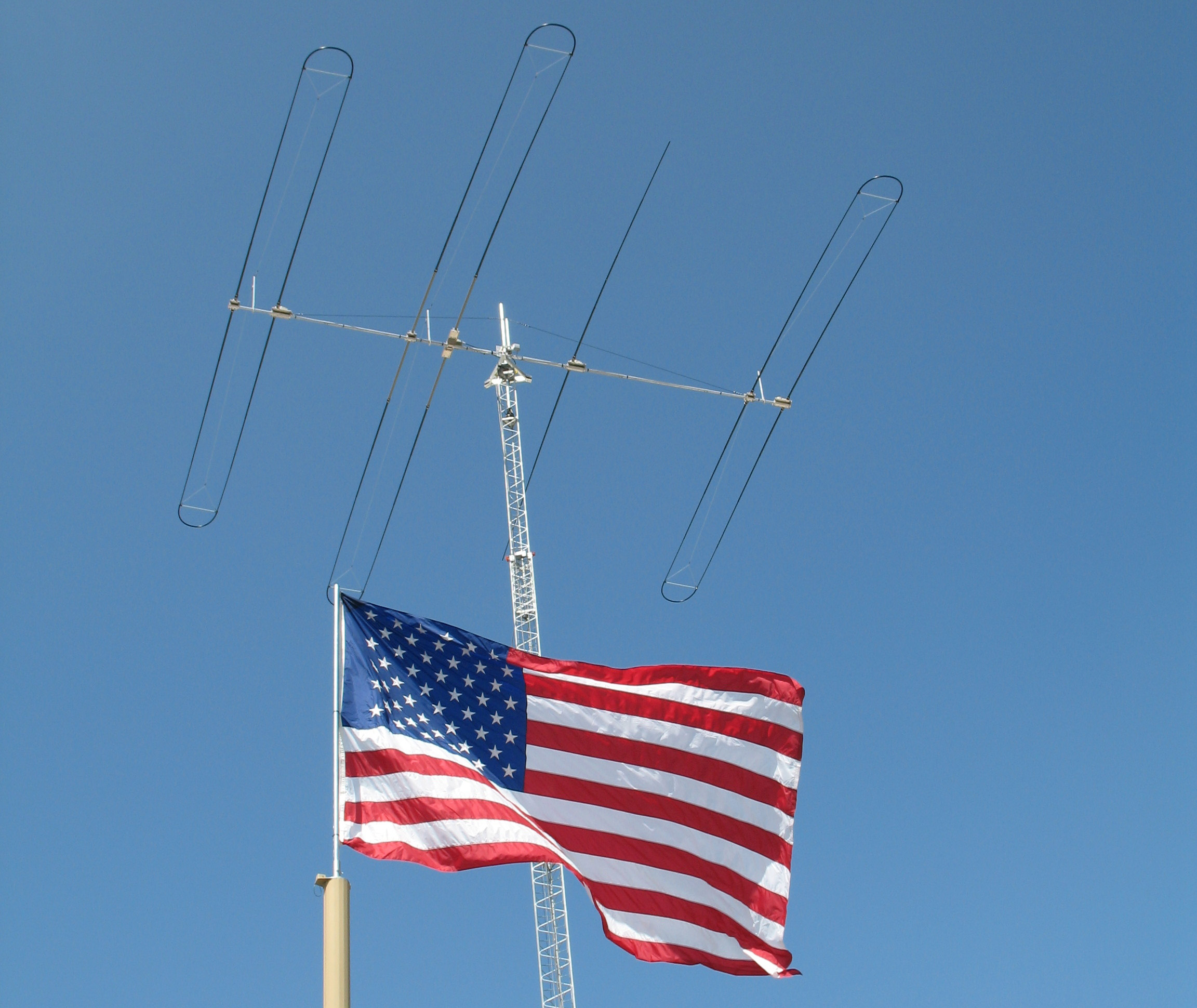 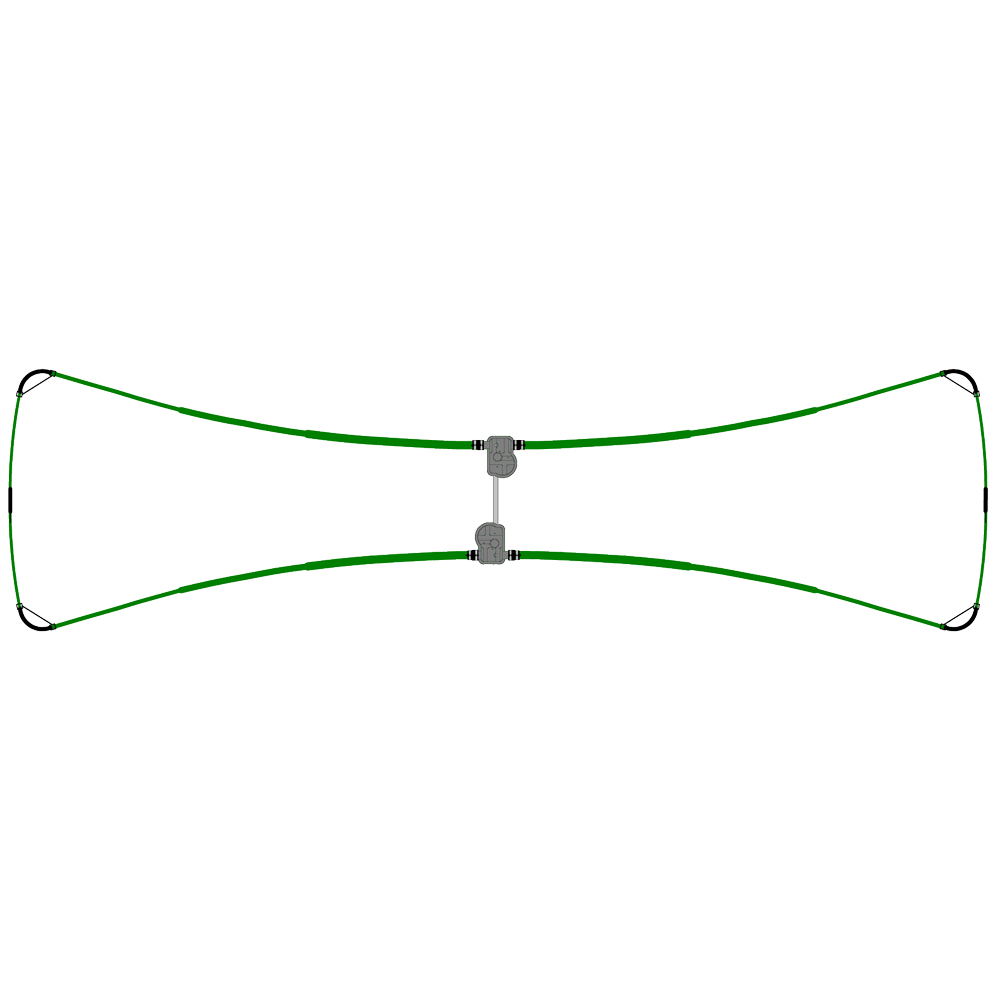 We have been holding prices as long as we could on the Urban Beam, as it is our most popular antenna. Unfortunately, we will need to raise the price due to multiple parts increasing prices on our end. We wanted to give as much notice as possible to customers that are considering this antenna.